Hi
A few weeks ago we featured one of our players who is currently pounding the streets training hard for the London Marathon later this year. It proved quite a hit so we thought we would introduce one of younger club members – Chloe Barber and find out a little about what captures her enthusiasm for this fantastic game of ours.
Chloe what was it about netball that captured your attention?
I am only 13 but growing up I have been lucky enough to have experienced a number of different sports, tennis, swimming, gymnastics, dance, just to name a few, however these all being individual sports did not provide the enjoyment that netball did. Being part of a team is great. Not only are you doing exercise but you are doing it together with a group of friends. I find it incredibly sociable and fun.
When did you start playing?
Netball was first introduced to me in year 2, I was 6 years old. It was offered as an after school club for one hour a week. We started off with basic ball skills and learnt the player positions in netball.
What is your favourite playing position and why?
My favourite playing position is goal attack (GA). Playing that position allows me to run around most of the court as well as shooting goals. When you are successful at getting a ball through that hoop in a game it is a great feeling. Your team mates have worked hard to play the ball all the way up the court and you’ve then managed to score at the end of it. Occasionally I play different positions to challenge myself.
Tell me about your training sessions?
I take part in both the junior and senior Bassetlaw training sessions run by Lindsey Ball. I have been part of Lindsey’s Bassetlaw group since January 2018. All the types of training on offer by the club are great fun and I try to go to everything available if I can. The Back 2 Netball training in Retford is based on activities concentrating on skills, fitness and mini drills, Netball Now in Worksop is a turn up and play session of lots of 5 minutes games and Junior netball is specifically focused more for 8-14 year olds.
Do you play netball at school?
I have played at both my junior school and now also at my senior school. I currently play in the school team and have been captain for the last 2 years. Being captain was a great honour for me as I was not only chosen by the school coach but also voted in by my peers. After school, as part of the enrichment programme, I do extra netball training and in addition, on a different day, I assist with the year 7 netball group. I have also received a special award at school for netball. This is one of my proudest moments so far. I hope to continue to represent my school in netball in the future.
Where do you want your netball journey to take you?
I have always been taught to dream big, so my ultimate dream would be to play for Manchester Thunder or even for the England Roses! Until then, I want to work hard, train as much as I can and now that I am turning 14 this year, I would love to enrol on a level 1 umpiring course. I regularly get to practice a bit of umpiring at school when I assist with the year 7s. Following on from this, when I turn 16, I aim to complete a level 1 coaching course as I want to teach to children netball. I would love be more involved with the Bassetlaw netball teams as part of the Sunday morning or Monday evening leagues. I know that I am still young, and in theory classed as only a junior, but I’m bigger and stronger than my mum and she plays so I have my fingers crossed ?
I understand you want to become an umpire, what inspired you to want to do this and do you see it as a challenge?
Yes, my plan is to enrol for a level 1 umpiring course as soon as there is one available near me. I believe that learning the rules of the sport well is just as important as playing the game well. It would add another string to my netball bow. I often hear that there is a shortage of umpires in Bassetlaw for the ladies social league matches and I would like to help out in a few years time. Of course this would be a massive challenge for me and I see it as a way in which to develop my confidence and my own game play.
Lastly what would you say to a younger person who is interested in netball but not confident enough to take up the sport? How would you encourage them?
Netball is not only an excellent form of exercise which is so important for your health and wellbeing, it is also loads of fun where you meet new people and make new friends. Catching and throwing is something that everyone learns from a young age so applying that now to a specific sport is awesome. Making your brain think about how your catch, your throw or your jump can become better and better during training sessions is exciting. I would encourage anyone to come along to the junior sessions, we have a laugh, we run around and play games, and sometimes the coaches even bring treats!
Thank you Chloe. Your enthusiasm shines through and you will without doubt achieve your aims in the years to come.
If anyone wants more information on netball in Bassetlaw be it juniors or seniors please get in touch – info@bassetlawbelles.co.uk 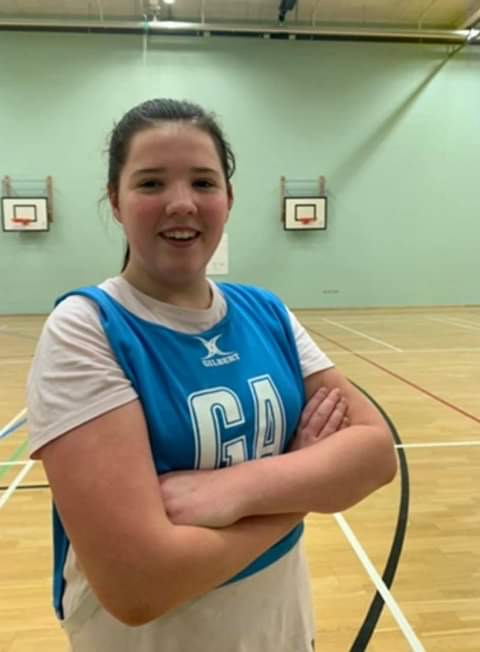 previous
And Now For Something Completely Different
next
So Just Why Is Netball So Important to Us?
EMAIL US